Heaviness and grace, the swan appears as the most ambivalent of birds…

“There is nothing heavier than a dead bird and the death of a swan weighs heavily in the heavens of Dance!
Humanist poets use the swan as a symbol where, in the white abstraction of winter, the face of man takes shape between dream and reality, between hope and fate, between the departure of life and the arrival of death. The swan acts as a mirror to man, gazing into the smooth, hard surface of a reflecting lake that splits then reflects two infinites back to back: the luminous sky and the dark, unfathomable depths. The swan is also a symbol of reflection in the sense that it makes us think. As Nietzsche said, philosopher of dance, the surface is deep. And the apparent lightness of the swan feeds off of its weight. It is a living unit of opposites.” Alain Foix.

Like a palimpsest of Swan Lake by Petipa-Ivanov, swathed in the magical-poetic atmosphere of Ovid’s Metamorphoses, SWAN is a creation that reopens, with a large-sized bird, the many hours of research carried out for ‘La Confidence des Oiseaux’.

The vibrant, enduring symbol embodied by the swan, with the weight of its long-lasting emotions, contains very powerful images loaded with aura, just like a crystal in times when the Past met the Present (W. Benjamin).

SWAN sits in a poetic time-space where the frontiers are blurred between animality and humanity, between the elements of air, earth and water, like a time when we still walked on metamorphoses, a time when everything was contiguous. This creation combines archaism of image with handling of modern choreography, a paradox that sheds light on buried territories conveying unexpectedly vivid emotions. 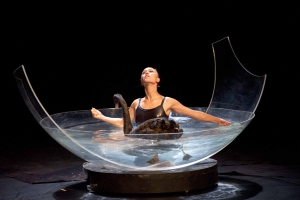 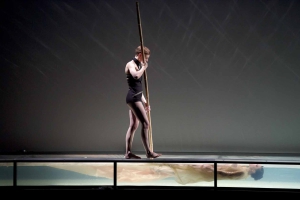 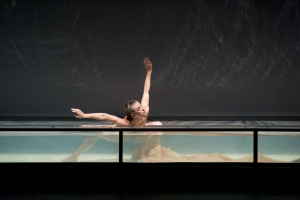 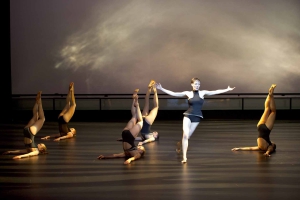 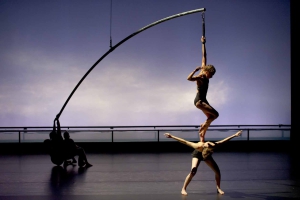 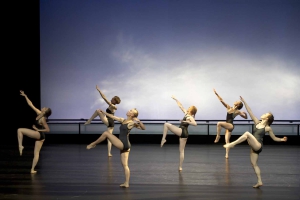 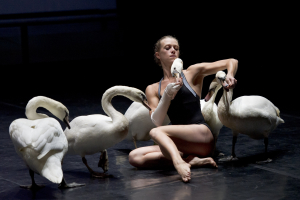 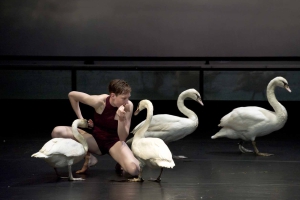 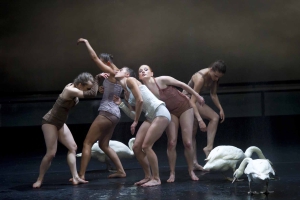 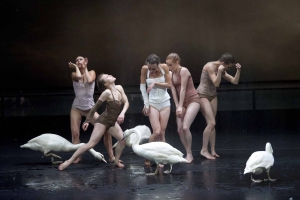 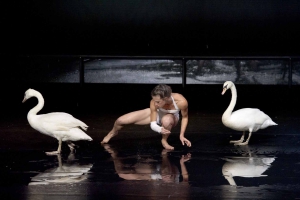